In 1953 Ben Bergwerf began judo and jujitsu under Dutch Judo/JiuJitsu pioneer Reinier Hulsker in Rotterdam, The Netherlands. At that time judo and jujitsu were taught simultaneously. During his Army service from 1957-1959 he taught combat judo (jujitsu) to his battalion, reaching nidan jujitsu rank in 1961.

During his army career Ben learned from judo judan Anton Geesink, 1964 Olympic judo gold medalist, and France-based judo pioneer, Shihan Kaiwashi. who had started the European numerical judo system. In 1960 Ben captured the Rotterdam Judo championships in the open all-categories division. In 1961 he emigrated to the UK and joined the Samurai Judo club in Wales to train under judo kudan Alan Petherbridge, captain of the 1964 British Olympic team. There Ben trained with many Japanese masters and champions, including Senta Yamada (judo/jujitsu/aikido), Shiburu Watanabe, and Mashusita Sensei, whom Shihan Petherbridge had invited to his dojo. Ben became the Welsh National Heavyweight Judo Champion during 1964 –1969 and a permanent member of the Welsh National Team, while acting as the club’s senior jujitsu sensei.

In 1973 Ben emigrated to the USA and trained in judo under Vince Hoffman in Chicago, where he eventually reached USJA Judo Godan and Rokudan (1994) ranks. Ben established Tori Ryu Jiu Jitsu Dojo in Northbrook in 1984, where he taught combat judo for over 20 years. During this period Ben trained in taekwondo under Hachidan Dr. Greggory Youstra in Chicago, eventually earning yondan taekwondo rank in 1996. The same year, Ben was inducted as soke in the Sokeship family, where Tori Ryu Combat Judo was recognized as an independent ryu.

In 1995 Ben was appointed chairman and rank board chair of the newly created jujitsu division of the USJA, where he produced and edited the current USJA Jujitsu Manual. He remained in that position for nine years, where he eventually was promoted to jujitsu Kudan rank in 2001.

In 2004 Ben was awarded the rank of Professor of Jujitsu. Ben is a Master Rank Examiner for judo and jujitsu In 1996 Shihan Petherbridge promoted Ben to Hachidan rank in UK judo/jujitsu during an international clinic in the USA.

In 2009 Ben became a charter/board member of the American Traditional Jujutsu Association (ATJA) and was elected to the Rank Board. With judo Hachidan/jujitsu Rokudan Dr. Ronald Allan Charles, he co-produced ATJA’s Traditional Jujutsu manual. During Ben’s ten years’ service with the South Carolina State Guard he was an advisor to law enforcement and military organizations. As Unarmed Defense and Control instructor, Ben produced the Control and Defense manual for the Guard’s MPs.

He retired from the G-1 position as Lt. Colonel in 2014. For the past 10 years Ben been the professor of Combat Judo at The Citadel, the Military College of SC.

Ben is a Life Member of the USJJF, USA-TKJ and USJA. 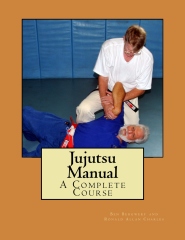 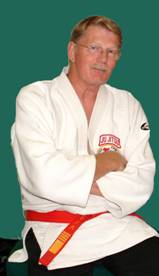 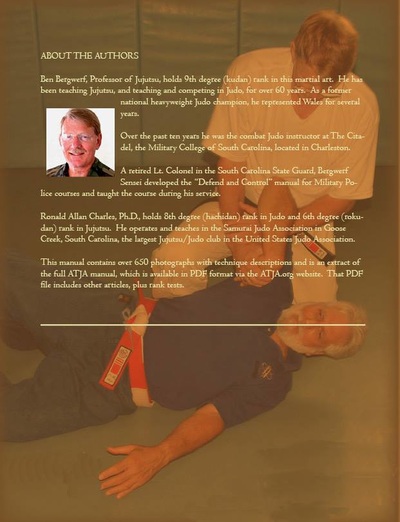