Sensei Carmelo Jesus Ramírez Santos was always passionate about martial arts since he was little, but it was not until he was 19 that he could start.  Watching movies by Steven Seagal he got to know Aikido and began to inquire about this budo and its founder Morihei Ueshiba. The Art of Peace as O'sensei called it caused him a different view on the cocept he had of martial arts and Budo in Yes, he read many books and saw videos of Aikido where he was recognized in this modern art but with a lot of history on the part of its founder.

In 1992, Sensei Ramirez began to search in his city Las Palmas de Gran Canaria (Spain) and found a Dojo where there was Aikido, when his teacher arrived he had left for a few months being sad because it was the only place he had found where said art was taught.  He stayed in the Dojo trying Bujinkan for a year but his heart took him to Aikido. He kept looking for alternatives and in 1993 he found a Ju Jitsu Dojo near his house and it was the closest thing in terms of techniques. with Aikido.

In this Dojo a colleague in 1994 and with whom Sensei Ramirez had a lot of affinity told me that a boy had come from the island of Tenerife and that he was starting to give Aikido classes in our city, there I went and started combining ju jitsu and Aikido for many years until at one point in my life I realized that my path and my heart was centered on the philosophy of O'sensei and his Budo.  He began to have problems in his practice since what he read and saw in videos of the founder did not match what he performed in the Dojos and teachers that he met during the following years.

In 2006, Sensei Ramirez obtained the 1st Dan of Aikido and became an Instructor forming a group seeking in this way to teach what he felt was Ueshiba's Budo and his philosophy.  He continued for years to search many trips and courses throughout Europe for teachers who will speak and disseminate O'sensei's Aikido.

In 2015 he succeeded by meeting Diego Espinosa sensei in Mallorca in a course to which he was invited. Diego Espinosa sensei touched his heart by breaking all the structure that he had studied for years and he showed him the way to follow to know Aikido first hand of Ueshiba through his school in Japan and his teacher ANNO MOTOMICHI 8th Dan of Aikido and direct student of the Founder.  Diego Espinosa sensei went to Japan every year to see his teacher in his Dojo in SHINGU, a Dojo that was inaugurated by MORIHEI UESHIBA himself in 1954 and built by HIKITSUCHI MICHIO 10th Dan of Aikido awarded by the founder while still alive.

Sensei Ramirez signed up the following year (2016) to travel to Japan with a large group from all over Spain, Japan falls in love with everything (its people, landscapes, food ...) but when I saw what I was looking for for years in the Dojo of Shingu and with Master Anno Motomichi sensei it was indescribable, I found the master who touched my heart.  Diego Espinosa sensei already told me Japan hooks up and that's how it was.

At present, Carmelo Jesús Ramírez Santos has been teaching Aikido for 15 years and belongs to the Ju Jitsu Federation and DDAA (Spain), he is also a member of the Japan school (KYSHU KUMANO AIKIKAI) having as Teacher ANNO.
MOTOMICHI SENSEI to whom continues in recent years in his Dojo.
Sensei Ramirez Contact Info -
Email:
​Websites: 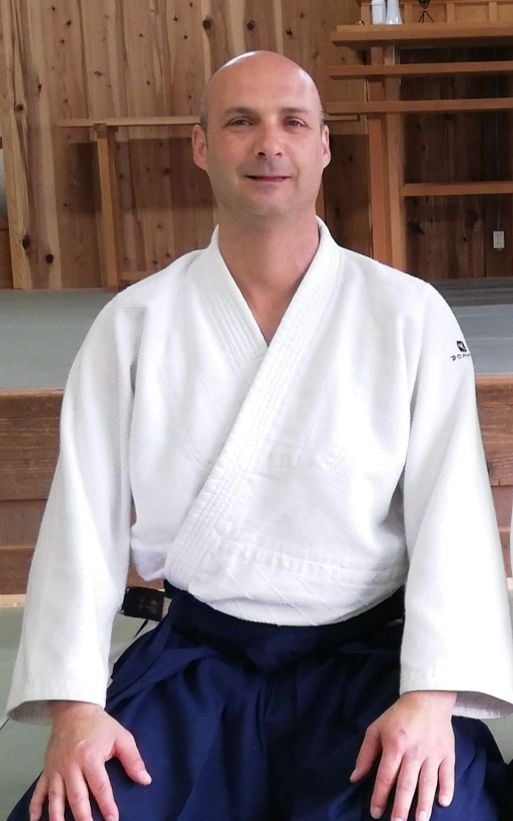 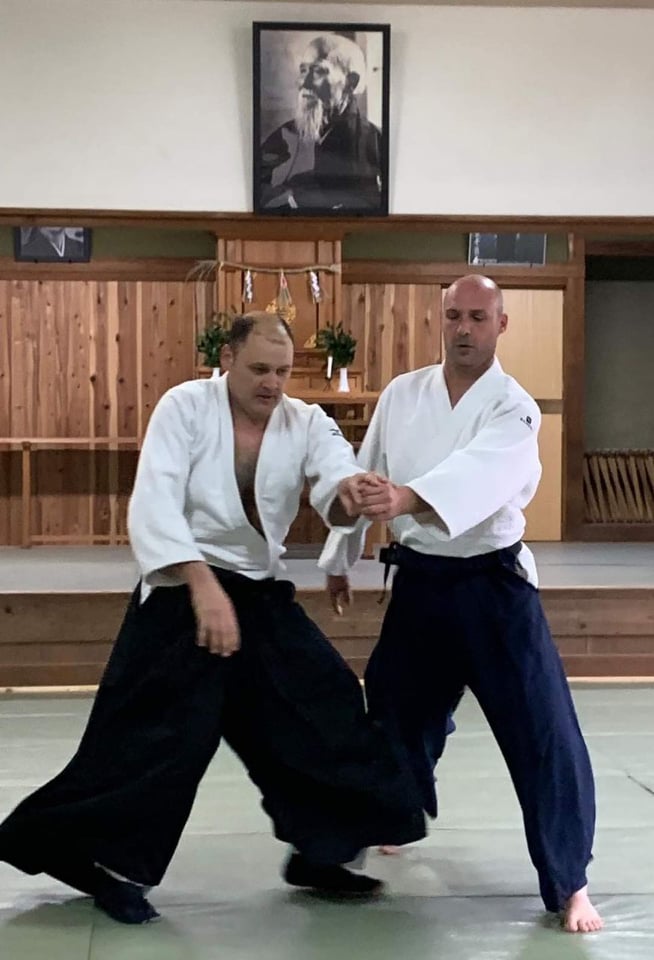 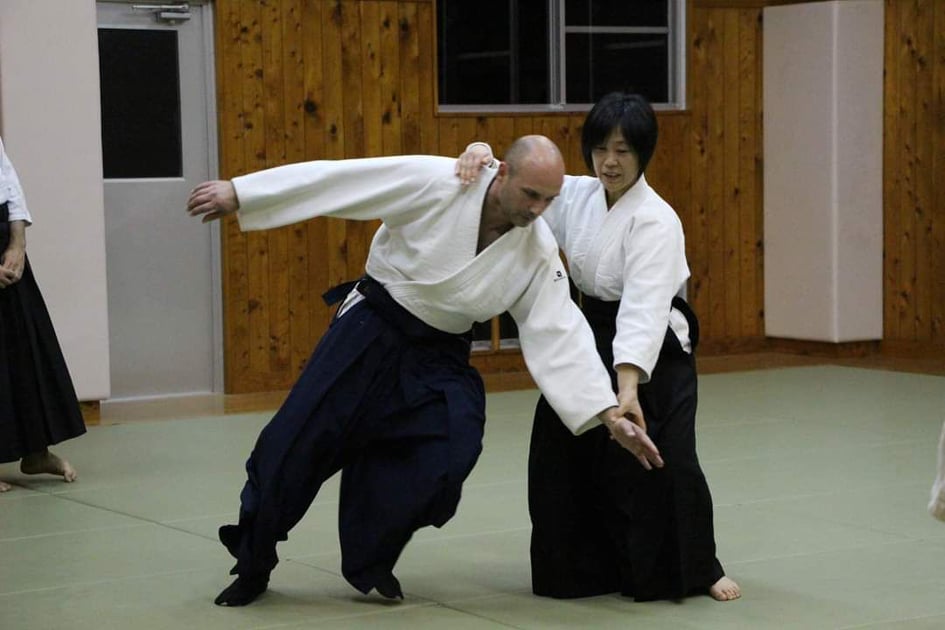 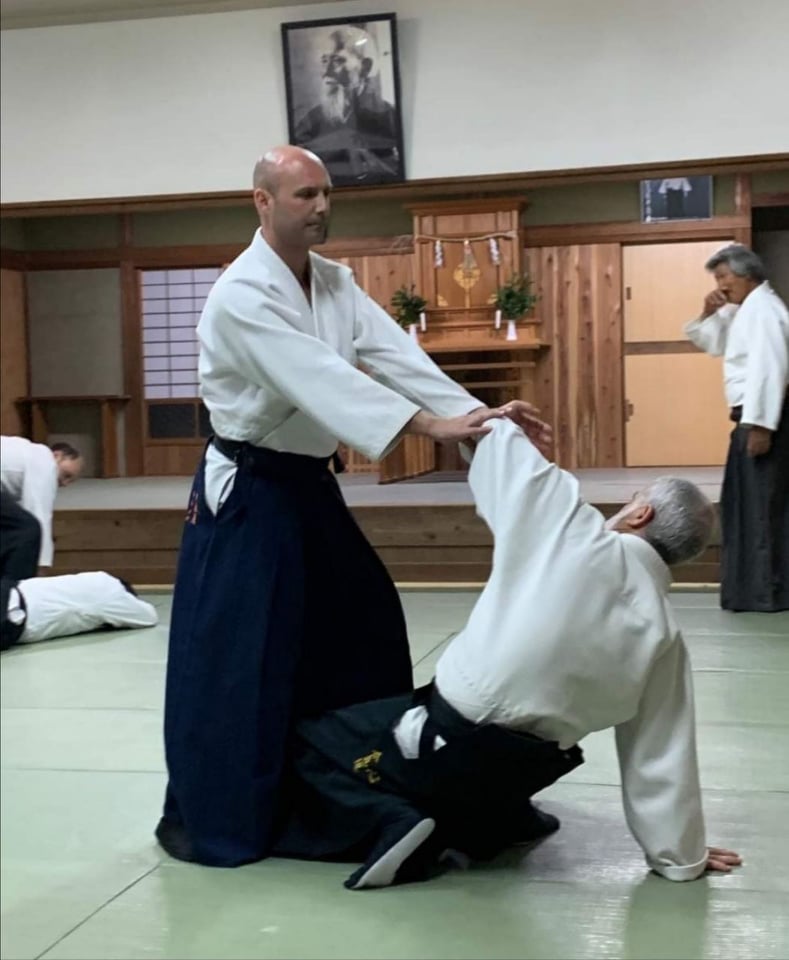 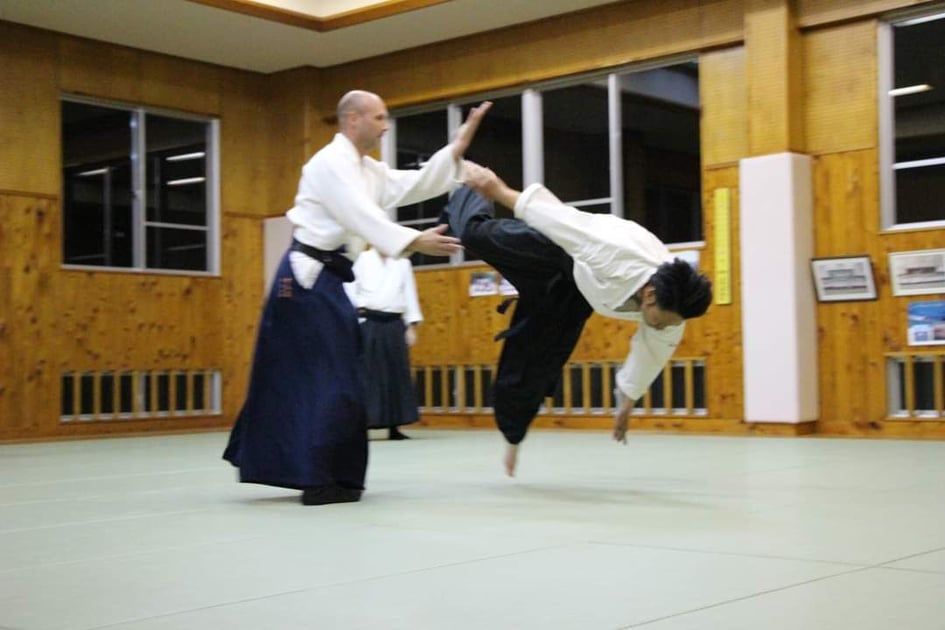